Innovation through Research partnerships with NanoXplore.

For the past six years, NanoXplore Inc[1], a high-volume manufacturer and supplier of graphene powder located in Montreal has entrusted research projects to Eric David and Nicole Demarquette, two researchers from ETS who specialize in advanced materials. NanoXplore believes innovation is the key to success, and its growth stands as proof: from less than 10 employees in 2014, it employs nearly 350 employees six years later. It is also listed on the TSX Venture Exchange under the symbol “GRA”. 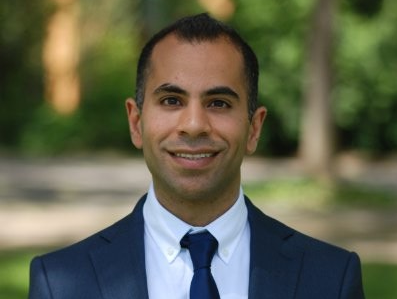 Nima MoghimianThe connection between ETS and NanoXplore was a natural occurrence. NanoXplore then had offices on William Street, just a few minutes’ walk from ETS. “We were looking for a local expert to characterize our materials, and we didn’t have to look far", recalled Nima Moghimian, NanoXplore’s Global Director of Research and Development. Their expert was Eric David, current head of ETS’ Department of Mechanical Engineering.

Mr. Moghimian didn’t know it then, but the ETS’ Materials and Nanocomposites laboratory has state-of-the-art equipment, including rheometers and a semi-industrial size electrospinning machine. “Acquiring such equipment represents a major expense not only for businesses, but also for universities that acquire them through research funding”, explained Professor Demarquette, head of the laboratory, who also conducts research for NanoXplore. By putting their expertise and their research infrastructure at the disposal of companies, universities can help finance their own research and equipment while training highly qualified personnel who will transfer knowledge to industry.

For NanoXplore, which has benefited from these programs, it’s a winning solution: two of the doctoral students who worked on research projects entrusted to ETS later joined NanoXplore. “When you hire people who know your business and your products and you’ve seen them at work, you know they will do a good job right from day one”, added Mr. Moghimian.

This success demonstrates the importance of collaboration between companies and universities to carry out innovative projects. According to PRIMA Quebec, the Advanced Materials Research and Innovation Hub, 99% of Quebec companies specializing in advanced materials contract out their research projects to external organizations including universities and colleges.

Professor Demarquette feels that applying concepts in an industrial environment is highly educational for the students she supervises: “It allows graduate students to apply the concepts they learned in courses while doing research in the business world. Once they’ve completed their studies, my PHD students are perfectly prepared to work in an SME”, she explained.

It’s worth noting that ETS is no stranger to industrial partnerships, since 60% of its research projects are carried out in partnership with industry.

“What I like the most about this collaboration is the trust we’ve been able to build with the ETS research team. This mutual confidence helps speed up all the formalities that surround research projects, especially with respect to the protection and valuation of intellectual property”, concluded Mr Moghimian.

According to McKinsey & Company, advanced materials are among the 10 technologies that will have the highest potential economic impact by the year 2025. It’s a very promising emerging market that could reach more than $100 billion US by 2024.

Full Professor in the ETS Department of Mechanical Engineering since 2012, Nicole R. Demarquette has worked for more than 20 years to develop polymer systems based on the fundamental concepts of rheology and thermodynamics. Her research interests focus on emerging manufacturing techniques, such as electrospinning, which produces non-woven materials for applications in the biomedical, energy and filtration domains. In addition to authoring more than 130 articles in specialized journals and several book chapters, Professor Demarquette has supervised almost 50 graduate students. Her internationally recognized work has been carried out in partnership with many companies. They have contributed to the development of new materials, especially in the automotive and electronics sectors.

Full Professor in the ETS Department of Mechanical Engineering since 2002 and Chair of the department since 2017, Eric David is a senior member of the IEEE and the Transactions on Dielectrics and Electrical Insulation journal’s editorial committee. His research interests focus on dielectric materials, polymeric systems and nanocomposites and more particularly on the physical properties of these materials. He has authored or co-authored more than 240 articles published in journals and conference proceedings.

NanoXplore is a graphene company, a manufacturer and supplier of high-volume graphene powder for use in industrial markets. The company provides standard and custom graphene-enhanced plastic and composite products to various customers in transportation, packaging, electronics and other industrial sectors. NanoXplore is headquartered in Montreal, Quebec, with manufacturing facilities across North America and Europe.